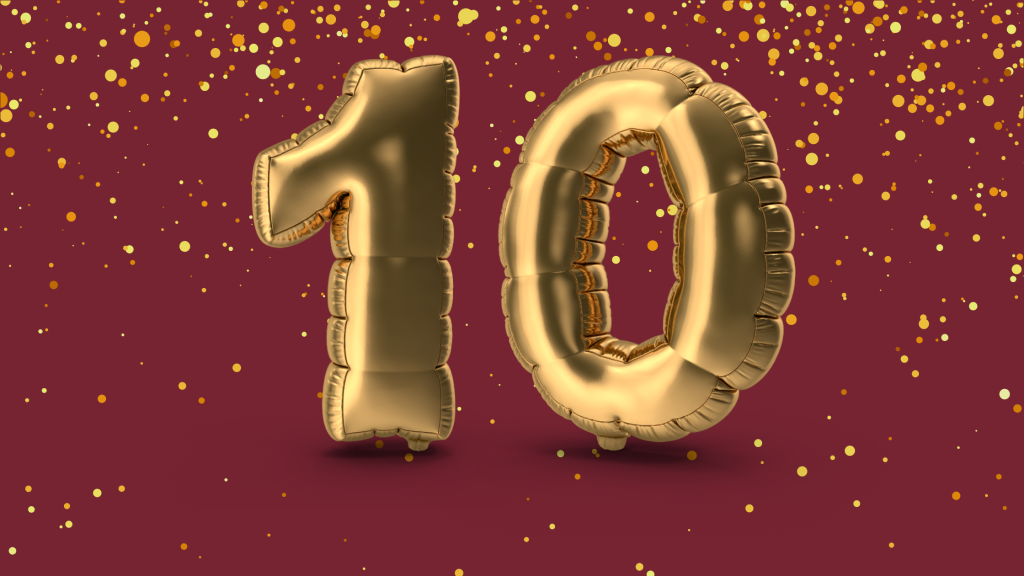 Aarhus Toastmasters revisted the location of its very first meeting, Café Smagløs on 22 January 2012, 10 years ago. The club celebrated its anniversary with old, new and charter members through a hybrid meeting. Aarhus Toastmasters was the first club in Jutland and its members went forth to create, coach and mentor 3 other clubs in the Danish peninsular of Jutland which are Esbjerg Toastmasters, Aalborg Toastmasters and Kolding Toastmasters. ‘It is matter of much joy and pride that the members who founded this club made the time to join us in this celebration’ says Sagar Rao, President Aarhus Toastmasters.

The first President from 2012, Peter Esmann, gave an inspiring speech about the start of the club via video. Also present were Past Presidents Svetlana Breum DTM who has since been District 95 Director, Saji Nair DTM, who has since been both Area and Division Director and is currently serving District 95 as Brand Execution Lead and the first VP PR  Kenneth Pilheden.‘Throughout the years, Aarhus Toastmasters contributed to the growth of other clubs in this area creating a healthy and competitive environment of public speaking and leadership’ says Charter President, Svetlana Breum who was instrumental in developing the clubs in peninsular Denmark.

The hybrid meeting with current and past members involved a series of table topics which created an ambiance of nostalgia and coziness added by the sounds of the jazz band from the lower floor of Café Smagløs. ‘Aarhus Toastmaster is a special place, I give this club the credit of creating a strong foundation of our values respect, Integrity, Service and excellence which I still carry with me today’ says Saji Nair, DTM.

The festive affair was a milestone for Aarhus Toastmaster. ‘I would like to thank all participants for taking time out to be with us, especially our member Sowjanya, Svetlana, René (Past Area Director), Anne-Sophie Andersen, Sebastian, Isabella and Magda,’ concluded Sagar. Congrats Aarhus Toastmasters, we hope that you will enjoy many more anniversaries in the decades to come!

If you want to attend a Aarhus Toastmasters meeting, click the easyspeak link here.